WISTA Norway announces new board, including the first male board member in International WISTA history! 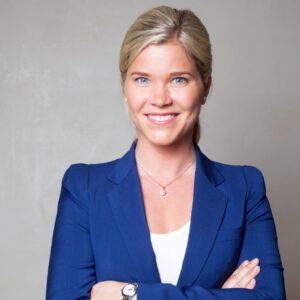 Women’s International Shipping & Trading Association (WISTA) was established in 1974 and is a global, professional network for maritime professionals with 3,500 members in more than 50 countries.

WISTA Norway was founded in 1988 and is one of the largest associations, with a membership of close to 300 business and thought leaders, of which 10% are male members.

3 new faces were elected to join the existing 7 board members of WISTA Norway at the Annual General Meeting held on May 24th. – and for the first time in WISTA history, we are delighted to welcome our first male board member.
Stine Mundal is taking over the role as President of WISTA Norway from Siri Sundal Shield, who is now retiring after serving 6 years on the board and 1 year as President.

Stine is a Naval Architect and have been working for DNV in various technical and management positions for the past 13 years. She spent many years abroad for DNV and joined WISTA originally in Germany in 2015. She has been member of the WISTA Norway board since 2019.

The Vice President and Board Secretary in WISTA Norway is Emilie Christiansen, who is Assistant Vice President at Skuld and has been an active member on the board since 2019. Emilie is an English solicitor and Norwegian lawyer with a background from Wikborg Rein in London and Oslo and and group legal in DNV.

WISTA Norway is pleased to welcome 3 new board members, the first of whom is not entirely new as she held a deputy board role in 2021; Jaquelyn Burton is Head of Creative Design at Kongsberg Maritime. In addition the board is pleased to be joined by Adenike Knudsen, Global Tenders and Contracts Director at Wilhelmsen Ships Service, and finally WISTA’s first male board member: Hans Christian Seim, CEO at Norwegian Hull Club. Seim comments:

“Our industry – and my company – has not yet found the recipe that allow us to tap into the full, diverse talent base in the tough competition of attracting and retaining the talents that will help us shape the maritime industry of tomorrow. By joining the WISTA board I am allowed a seat amongst those who have tirelessly worked to keep the door to maritime industry open to a more diverse talent pool. I am highly motivated by the opportunity to take my enthusiasm and commitment to help promote diversity. I will listen, learn, question and be questioned and I hope that I can help challenge unconscious bias as our industry join efforts to put words into action.”

The vision for WISTA Norway is to improve gender balance in the maritime sector, the mission being to attract, retain and develop women in the industry.

The Norwegian Ministry of Trade, Industry and Fisheries published a report on May 18th documenting gender equality and diversity in the maritime industry and education, which will form a significant part of the factual basis for the Government’s forthcoming gender equality strategy. The results confirmed earlier surveys and point to a low proportion of women in the maritime industry; 11% among those who work on board ships and just 21% among the broader maritime industry (supplier, shipping, transport, services and shipyards). Another survey conducted by the Norwegian Shipowners Association amongst its members in 2020 found that a mere 15% of managements positions in the industry were held by women.

In response to this, on International Womens day March the 8th 2022, WISTA Norway launched the ‘40 by 30’ Pledge and campaign with the aim of increasing the share of women in leading positions in the industry to 40% by 2030. To date, CEOs from over 20 companies have signed the pledge which represents an active choice in embracing diversity and collaborating to making it a natural driver of the maritime digitalisation and decarbonisation process.

President of WISTA Norway, Stine Mundal comments: “We want 40 by 30 to become a valuable tool for identifying best practice and accelerating change. It is only natural to include diversity when we talk about decarbonisation and digitalization; You need to have access to the best talent and use the best minds from the entire population in order to meet these challenges. Our “40 by 30” campaign is all about engaging industry leaders and accessing this talent. How else can we meet the future?