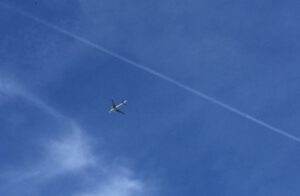 Solidarity Transport Hub is a profitable and perspective investment for Poland and the region – says IATA in the latest forecasts.

“The completion of the STH for the second part of this decade represents a critical long-term sustainable investment for Poland” explains Rafael Schvartzman, IATA Vice-President for Europe.

An international organization with over 70 years of tradition, representing 290 airlines in 120 countries, which is 83% of total air traffic – this is how an International Air Transport Association (IATA) can be described in a shortcut. It prepared forecasts of the air traffic in Poland, including the construction of Solidarity Airport in 2027.

IATA predicts that in 2024 the air traffic in Poland will go back to pre-pandemic levels. In Poland, it means around 50 million passengers at all airports. In 2040, this is expected to be around 100 million and over 140 million passengers in 2060 (according to baseline scenario).

The forecast is clear – what lies ahead is not only a return to pre-pandemic performance, but also further dynamic market growth after 2024 – says Marcin Horała, Deputy Minister of Infrastructure and the Government Plenipotentiary for the STH.

According to IATA forecast, Solidarity Airport should be constructed for 40 million PAX. In 2044 it should achieve 50 million PAX level. In 2060, at the end of the forecast, the airport will handle up to 72 million passengers in the most optimistic scenario. The baseline forecast is 65 million PAX.

Forecasts also contain information about air cargo. IATA predicts that the Solidarity Airport could gain up to 20% air cargo market share in Central and Eastern Europe in the short term. Without STH, Poland would have missed out on 35 million tons of cargo by 2060. In a baseline scenario STH will handle 0.5 million tons in 2030, one million tons in 2035, and up to 1.76 million in 2060. As a result, the Solidarity Airport can become one of the largest cargo hubs in Europe – such as Frankfurt Airport, Charles de Gaulle Airport in Paris and London Heathrow.