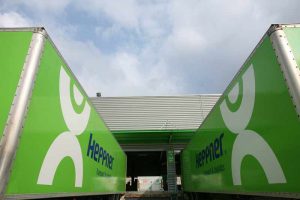 Heppner, a major player in transport and logistics, has announced the appointment of Alain Goehl as Regional Director for South Germany, a region firmly embedded in the company’s DNA.

Since its inception, Heppner has focused on moving goods between France and Germany.

Born in Germany, Alain Goehl began his career in multimodal transport and logistics at Ziegler in 2000, where he held a number of posts, such as Head of Northern Europe and Head of European Courier Operations. In 2008, he joined Heppner as International Services Director based at the Strasbourg agency, which he was successful in developing.

Since it was founded in 1925, Heppner has built a wide-ranging international network with FranceGermany routes at its heart, becoming a market leader in international transport and logistics solutions. There are currently seven agencies in Southern Germany, located in Frankfurt, Stuttgart, Kehl, Singen, Ulm, Munich and Mannheim, where Alain Goehl is based. Heppner has dense coverage in this region, with 140 employees working in close proximity to its 300 clients.

“With regard to Germany, France is now considered a complex country for freight. The trade volumes at play and their specific characteristics require expert handling. In Southern Germany, we are the France specialist; and in France, Heppner has unrivalled expertise for shipments to Germany. Our extensive regional network enables us to offer fast delivery times”, commented Alain Goehl.