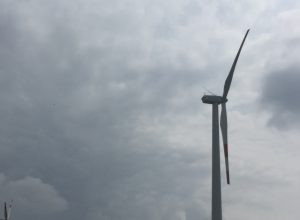 Such an effort is comparable to the reconstruction of Poland after World War II – argues Paweł Strączyński, Vice-President of Finance at Pekao S.A.

President Strączyński participated in the panel discussion “European Energy Diversification: How alternative sources, routes, and clean technologies can bolster energy security”, which was held at the Polish House during the World Economic Forum in Davos, Switzerland. In his opinion, low- and zero-emission projects are the future of the Polish energy sector.

He believes that the Polish energy sector requires investments of PLN 1.3 to 1.7 trillion by 2030. This effort can be compared to the reconstruction of Poland after World War II.

“Within this amount there are investments both in energy infrastructure, construction of new energy sources, but also in distribution networks, including electricity, gas, and later also hydrogen. The infrastructure connected with the transport and processing of fuels and energy storage should also be created”, said the representative of Pekao S.A.

However, these will not only be investments by state-owned companies and national entities.

“At the moment the second stage of the project for the creation of offshore wind farms is being concluded. In terms of procedures, it is called granting permits for the creation of artificial islands. The queue of private investors is quite long”, claimed President Strączyński.

Innovative energy sector investments are attractive for companies and banks in several respects. Firstly, they fit perfectly into the ESG strategy.

“In Poland, ESG policy has just been introduced, but we are receiving clear signals in terms of financing institutions from Europe or the world that, regardless of their economic appeal, they will not engage in investments that do not correspond with their ESG policies”, explained a representative of Bank Pekao S.A.

Furthermore, the financing of modern power generation facilities is attractive to investors as the contracts are carried out by large-scale entities with stable foundations, or by specialised joint venture companies formed by Polish entities with foreign business partners. President Strączyński highlighted the cooperation of the Polish Energy Group with Orsted and that of Orlen with Nordland in the construction of offshore wind farms as examples of such activities.